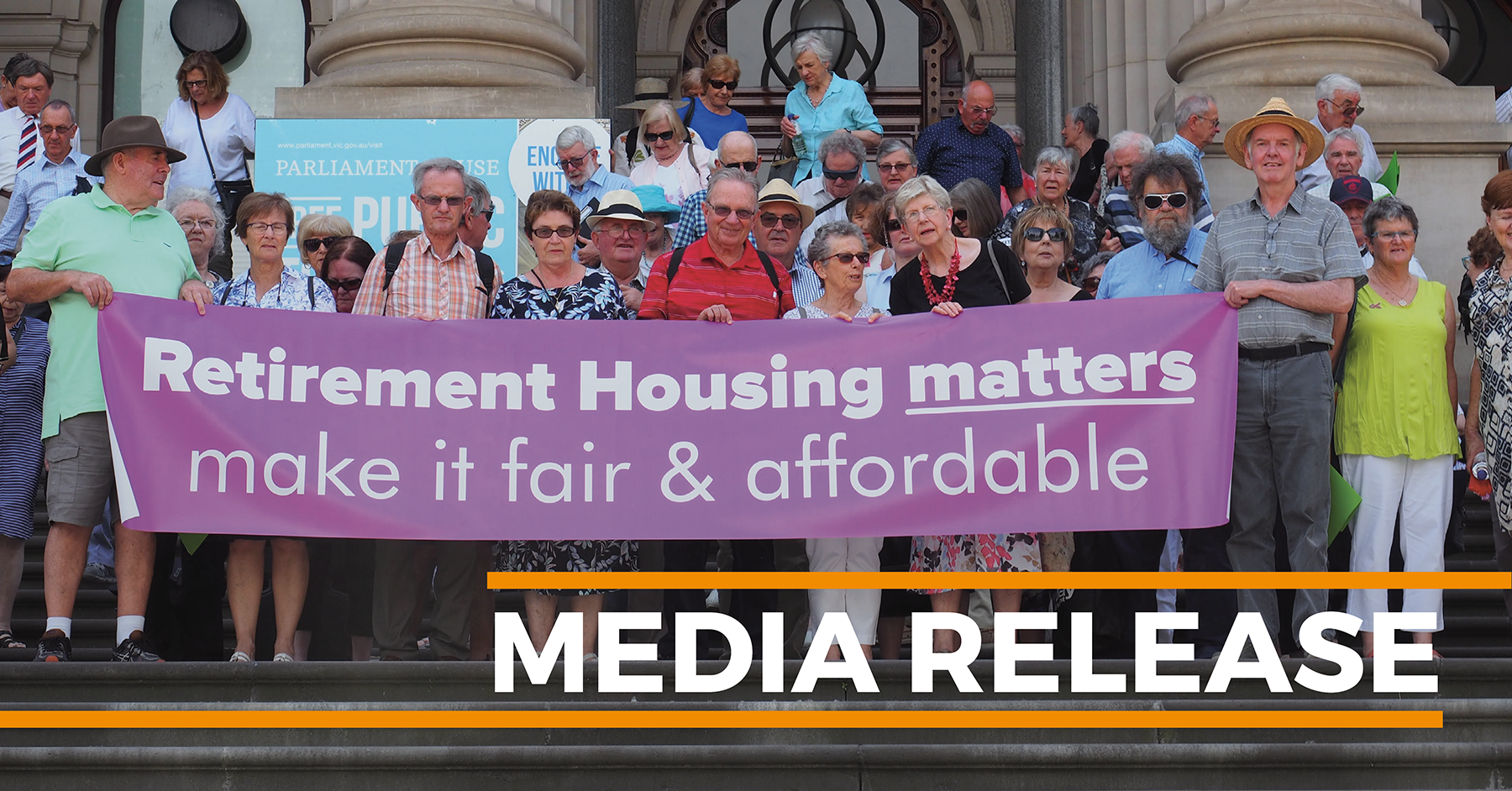 One year since the release of the Victorian Parliament’s Inquiry into the Retirement Housing Sector recommending the establishment of a Retirement Housing Ombudsman, we are still no closer to knowing the Government’s position on this critical reform.

Today it can be revealed that over 9 in 10 Victorians agree that a Retirement Housing Ombudsman should be established. The state-wide ReachTel poll shows 73.5% of respondents strongly support older Victorians getting justice at home, and a further 17.1% support the concept.*

Despite overwhelming support from residents, experts and now 90% of Victorians for a quick, easy and low-cost dispute resolution option for Retirement Housing residents, the Victorian Government still has the Ombudsman recommendation “under review”** 12 months on.

One person who would have benefited from a Retirement Housing Ombudsman is Maureen, a single elderly woman living in a Melbourne retirement village. Since May 2017, Maureen has experienced leaking and flooding of her unit during heavy rain, leaving her to bail out the water with buckets while her neighbours assisted by providing towels. With no resolution, the lack of access to quick and effective dispute resolution is taking its toll on Maureen’s mental and physical health.

But it is not just residents, experts and Victorians calling from reform, the Property Council also accepts the need for an Ombudsman service. In their 8-point improvement plan for retirement villages released in August 2017, the Property Council committed to “the establishment of an efficient and cost-effective government-backed independent dispute resolution process”***.

With such wide-spread support for this critical reform, twelve months is simply too long to wait.

Consumer Action Law Centre, Residents of Retirement Villages Victoria, Housing for the Aged Action Group and COTA Victoria launched a platform for retirement housing reform in November 2017. You can read the platform here.

* ReachTel conducted a survey of 1,124 residents across the state of Victoria. The survey was conducted during the night of 29th January 2018.