A financial disaster is looming unless there is an urgent response to expert recommendations to clean up payday loans and consumer leases.

“Every time a payday loan is irresponsibly lent and a struggling Aussie isn’t referred to help, the social and economic cost grows. Payday loans are becoming ubiquitous through mainstream advertising and online access, and without action will become the next financial disaster for struggling Australians. If our leaders are serious about dealing with the banks, they need to get serious on payday loans and consumer leases too,” says Gerard Brody, Consumer Action Law Centre CEO.

Consumer Action has represented many clients who have fallen into a cycle of debt to payday lenders, and wants a stronger cap on the interest and fees that can be charged. The Centre has released a video of Julie, a Victorian mother who fell into a debt cycle following health issues and a gambling addiction.

“Julie’s case is a clear example of the costs to the community of poor regulation” says Brody.

“Here we have a struggling mother, dealing with health issues and a crippling addiction. When we looked at her bank statements, it was clear to us she needed help much earlier. Instead a payday lender kept offering loans and collecting fees, when she would have been better served being referred to community services.”

The SACC review makes a number of vital recommendations to address these unsafe products. Consumer Action’s responses to key recommendations is included in editor’s notes below.

“There are some actions the Government can do now, as they don’t require legislative change. This includes immediate changes to protect Centrelink recipients from irresponsible lending and unaffordable leases. This is a good opportunity for the Government to prove it’s serious about fairness in finance,” says Brody.

“All parties must commit to action on payday loans and consumer leases in the next Parliament or risk escalating problems and a financial catastrophe for struggling Aussies. When we don’t act on these problems early, the social and economic costs come back to bite Governments and community services later.”

Australians who are concerned about payday loan or consumer lease debts can call 1800 007 007 for free, confidential and independent financial counselling Monday to Friday. Complaints about payday loans can also be taken to the Credit and Investments Ombudsman.

The SACC Review Report contains a number of powerful recommendations which, if implemented and successfully enforced, would address the worst practices of the payday loan and consumer lease industries.

The most important recommendations are: (All quotes below attributable to Gerard Brody, CEO):

RESPONSE: “This is a potentially powerful reform to prevent payday loan repayments stripping people’s incomes—but it will require strong enforcement, and honest assessment processes from lenders.”

RESPONSE: “This is a much needed reform—it’s only fair that people should know the true cost of payday loans, and be able to compare that cost with other loan products in a meaningful way.”

RESPONSE: “This is an essential reform. Vulnerable consumers should not be targeted by unfair, high pressure sales tactics, including incessant emails and SMSs.”

RESPONSE: “This reform is necessary to prevent the unscrupulous practice of ‘front loading’ loan repayments, which often puts extreme financial pressure on vulnerable consumers and contributes to concurrent borrowing and debt spirals.”

RESPONSE: “The cost of consumer leases needs to be capped, but this does not go far enough. Consumer lease providers will still be able to charge up to 82% APR for their product—which is too high. We maintain that 48% APR should be the maximum allowable cost—both for payday loans, and consumer leases. ”

RESPONSE: “This is a powerful reform that should protect the most vulnerable low income consumes from the high cost of consumer lease repayments—but it needs to be properly applied by lease providers, and strictly enforced by regulators.”  ”

RESPONSE: “This is absolutely necessary. Many consumers are lured into consumer lease contracts by the monthly repayment figure, and often have no idea of the exorbitant price they’re paying for the product over the term of the lease. ” 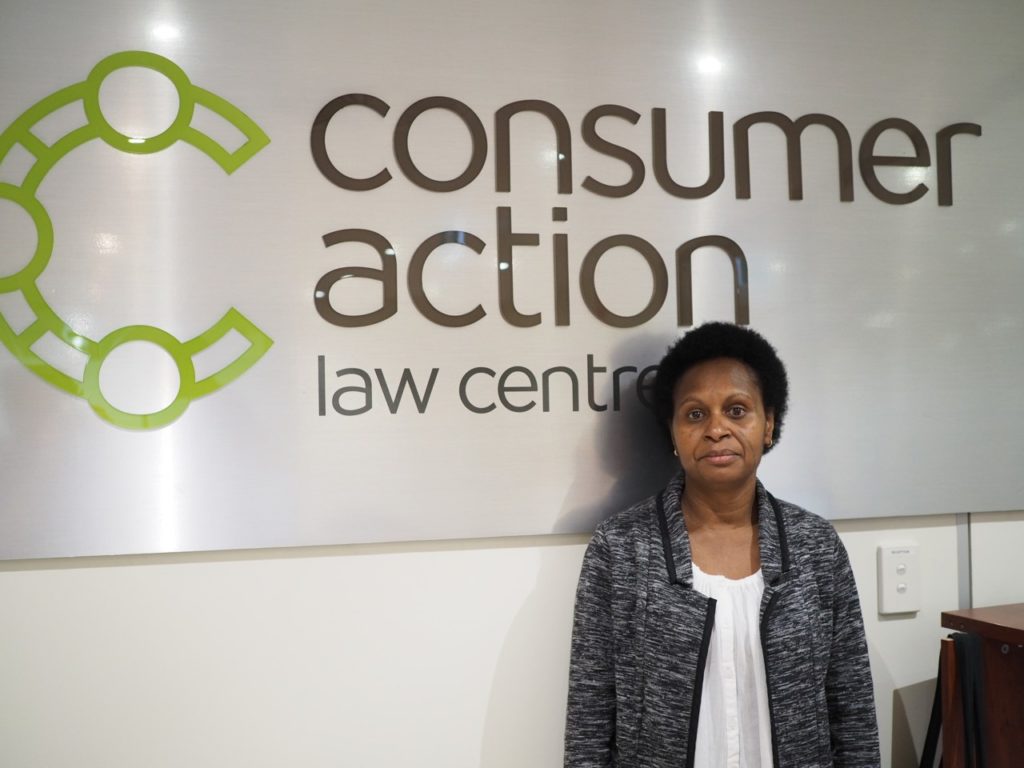