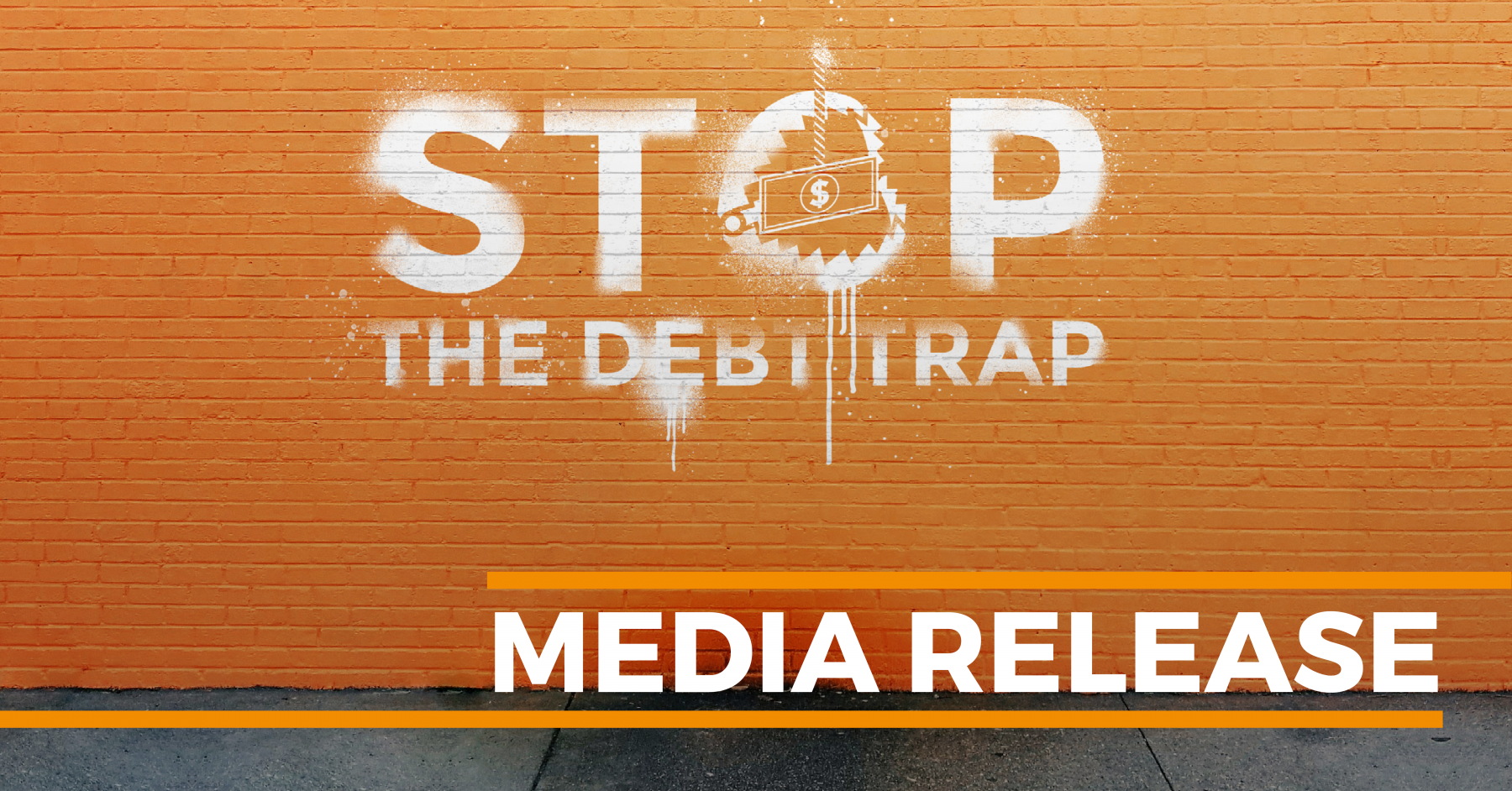 A Victorian woman who has suffered at the hands of payday lenders  has an important message for the Government about the dangers of payday loans as she joins the Stop the Debt Trap Alliance, a coalition of over 20 consumer advocacy organisations from around the country, to visit MPs in Canberra today to call for laws to stop harmful payday loans.

Shortly after Noorlia Mansor moved to Australia with her now ex-husband, she had to flee her home due to family violence.  She thought that a few quick payday loans could help her get back on her feet and make a fresh start, using the loans to help pay for her bond and rent.

Unfortunately, payday lenders profit from people not being able to afford the loan, falling behind and having to take out another loan to keep up, until they quickly find themselves stuck in a debt trap.  This is what happened to Noorlia: she quickly found herself falling behind on bills, she lost her job and her fresh start soon turned into a nightmare, leaving her in severe financial hardship.

Noorlia is now working with Anglicare Victoria Financial Counsellor, Kylie McLoughlin to resolve her debts and move on with her life.  She hopes that her experience will make people think twice about taking on payday loans.

“Financial counsellors speak to hundreds of people every year who have discovered that the real cost of these loans is much greater than they ever expected.”

Brody says so many people are caught off-guard because payday lenders and consumer leases providers deliberately target vulnerable people and, under current laws, can get away with charging high fees and taking huge portions of people’s incomes to pay off the loans.

“Payday lenders do not conduct effective affordability checks, and they can charge exorbitant fees with equivalent interest rates of between 100 and 400 percent per annum.

“What’s worse, these products are designed to encourage people to keep using them time and again.  Too often, people fall into a debt spiral from which they struggle to recover.”

Despite the Government accepting the findings of the its own review into Small Amount Credit Contracts (SACCs) almost three years ago, no action has been taken to protect Australian families and individuals.

“Australian families have continued to struggle under the weight of debts thanks to high-cost and risky loans while our leaders drag their heels on these important changes,” says Brody.

“The Government must protect Australian families from falling into the debt trap by introducing the legislation it has already drafted and consulted on into Parliament this year.”

Quotes that can be attributed to Noorlia Mansor:

“I never expected to find myself without somewhere safe to live. It’s not something anyone plans for.”

“I thought if I took out a small loan just to get on my feet, I’d be able to pay it back as soon as I found a job. Before I knew it, I was drowning in debt and taking out more loans to try and keep on top of my other loans.”

“It was a really stressful time for me. I was trying to find a new home and applying for jobs, so I could start rebuilding my life, but the debt just kept hovering over me.”

“Thankfully I found Kylie, my financial counsellor, who has helped me so much. I only wish I knew there were people like her out there before I took out all these loans.”