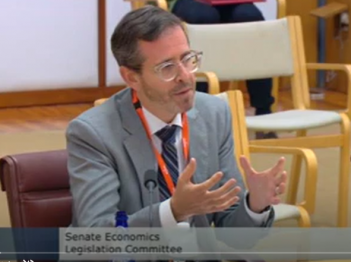 The board of Consumer Action Law Centre has announced that its CEO, Gerard Brody, will step down from the role after more than 11 years with the Centre. The board is pleased that Mr Brody will continue in the role during the coming months to support the transition to a new leadership for the leading consumer advocacy organisation.

Board chair, David Berry, said “Gerard has elevated the needs of those vulnerable to disadvantage. His work, motivated by improving the protections for those in most need, has extended across multiple boundaries and has provided a voice to those whose voices struggle to be heard.

“On behalf of the Board we are incredibly appreciative of his tireless efforts and professionalism over many years. Consumer Action has greatly benefited from his leadership and contribution to the organisation. We feel confident that strong organisation that Gerard has built up over a decade, will continue to thrive and achieve impact. We collectively wish him well and look forward to supporting him as he moves forward”.

Gerard has been the CEO of Consumer Action since April 2013 and was Director Policy & Campaigns prior to that. Over the time of his leadership, the Centre has gone from strength to strength and has worked collaboratively with the broader consumer movement and advanced consumer protection.

In announcing that he will be stepping down, Mr Brody said it had been an enormous privilege to be part of Consumer Action.

“Consumer advocacy in Australia has had such impact, and I’d like to thank all my colleagues and friends at Consumer Action and beyond.

“There have been many highlights, from tackling unsolicited sales through our impactful ‘Do Not Knock’ campaign, to identifying harms and working with regulators and governments on key issues like VET-FEE HELP or junk insurance, and of course the experience of supporting consumer witnesses provide evidence to the Banking Royal Commission and seeing the change that followed. I feel proud to have contributed to improvements in the way people are treated in the marketplace”.

Mr Brody added, “My commitment to fairness in consumer markets, and improving the lives of people experiencing vulnerability and disadvantage, is unwavering. Consumer Action’s service model of providing important legal and financial counselling services, but also giving advocacy voice to the issues people tell us about what they are experiencing in the marketplace, is so critical. I feel confident that this advocacy will continue and I’m hopeful I can continue to make a contribution in this area in the future”.

Mr Berry noted that “The board is pleased that Gerard has agreed to stay in the role until a new CEO appointment can be made, to support the transition period and to support all teams and staff through this transition period. We are commencing a search process and will advertise the position soon. The board is excited about the opportunity of working with and supporting a new leader in consumer advocacy who can lead Consumer action to continue to achieve impact “.